How to write inclusively in gendered languages like German

In German, there is the concept of generic masculine, which incorrectly assumes that the use of the masculine form is sufficient and includes all people.

The core vision of Witty is to help people write inclusively, which is especially tricky in gendered languages like German, making gender-neutral writing near impossible. But next to helping writers identify the bias in their language, we also want to help people find a consistent alternative way of writing.

The first gendered language we are supporting is German. The root issue is that German has the concept of a “generic masculine”, which basically assumes that using the masculine version is sufficient and includes everyone. However, countless studies have shown this to simply not be true and so people writing in German are looking for solutions. While there is not yet an official standard for how to write gender inclusive, there are many approaches that organizations have adopted with some level of consistency. Witty makes it possible to configure the favored approach and then provides consistent alternatives.

Here is a short overview of the supported formats (if we are missing something, please do let us know by submitting your idea):

Three of the older approaches are using “In”, “/in” and “/-in”. These approaches make it possible to additionally mention the female version and not just the masculine version concisely.

However, this approach is still very much based in a binary view of gender and therefore today the so called “Genderstar” has become popular along with the “:” (ie. colon). Both are actually predated by the “_” (ie. underscore). All three intend to replace the “/” with a character that should communicate that the gender spectrum is much broader and not just binary.

It should be noted that all mentioned options come with problems of their own. Mental images form immediately while reading. So reading for example “Manager*in”, the mental image of “Manager” (ie. the male version) might have already subconsciously deterred readers, that do not identify as male. As the Genderstar and similar options become more prevalent, readers are however becoming more used to noticing the Genderstar before the mental image has formed. To address this, we also offer the albeit less concise option of mentioning the female version followed by a slash and the male version (.ie Managerin/Manager) but here the non-binary representation is missing.

Another issue related to readers using screen readers. Depending on the exact screen reader and configuration, one or the other approach can cause issues with fluent reading. Similarly, people with reading disabilities or learning German as a second language may also struggle.

There are efforts underway for a more ambitious evolution of German to give a proper gender-neutral option, but these are of course yet more challenging and as a result take even longer to realize. At the end of the day, it is important to be conscious of the benefits and drawbacks of each approach, realizing that there is not an ideal solution today.

Now at the start of the article, I mentioned Witty helps with writing consistently. Writing consistently specifically helps both some of the above issues by ensuring that readers do not need to handle different approaches when consuming your content. Of course, most languages have their own inconsistencies to deal with. If we find the word “Manager” in a text, we will offer the following alternatives:

But there are words like “Vorgesetzter” (female version in this case is “Vorgesetzte”) where we would then suggest:

There are yet more special cases like for example “Sinti” and “Roma” (female plural versions are Sintize and Romnja) which means we generate the following gender-inclusive suggestions:

Again, there is no official grammar for this, but we have tried to collect examples on the internet to build a consistent algorithm. One very great resource here is the German newspaper Taz which has for a long time already implemented gender-neutral writing and we applaud them for it! But delivering a consistent writing style is not so trivial as we found f.e. cases of  “Sinti*zze- und Rom*nja”, “Rom:­nja- und Sin­ti:­ze” and “Sin­t:ez­ze und Rom:­nja” on their website. All of these variations are gender-inclusive, which is great, but having a mix of writing formats will make it needlessly hard to consume the content for people with screen readers, reading disabilities or learning German as a second language.

I hope this article gave you a good overview of the different options for writing gender inclusive in German, along with the benefits and drawbacks of each approach. While there is no perfect solution yet in German, but this should not deter you from exploring steps forward. As we look to adding more languages, we will introduce similar patterns for other languages.

Let us know which languages you want us to work on next! Also, we are continuously expanding the number of rules and alternatives. If you see something missing, please let us know. 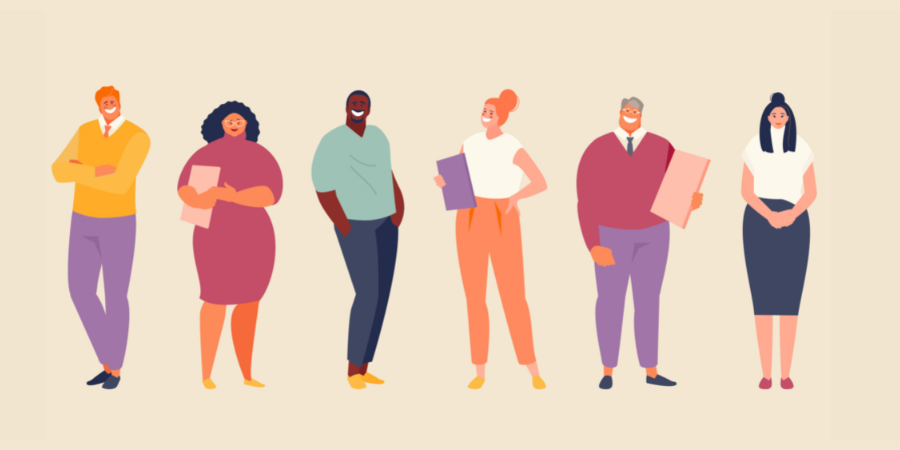